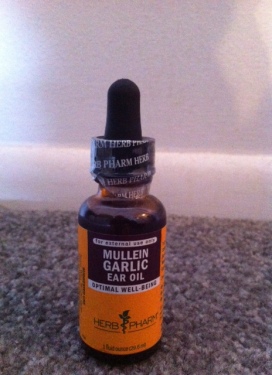 One of the biggest tragedies of human civilization is the precedents of chemical
therapy over nutrition. It’s a substitution of artificial therapy over nature,
of poisons over food, in which we are feeding people poisons trying to correct
the reactions of starvation.— Dr. Royal Lee

Instead of turning to over the counter pseudo products and easily prescribed medications, why not first try a natural approach? I recently got hired by an Alternative Medicine Doctor and Licensed Acupuncturist to collaborate on spreading holistic health care knowledge. We aim to reach as many people as we can.The more I study the abundance of health options, the more I realize how simple it is to treat ailments oneself, without the use of synthetic medicine. Listen, I’m not saying if you gash your arm open to use a tourniquet instead of getting stitches, but when it comes to every day, natural living, why not work with our bodies instead of against them?

For the past few days I’ve had an inner ear pain that I can only relate to some kind of infection. Everyone around me keeps telling me to “go to a doctor” and “get a prescription for antibiotics.” This overused suggestion of “antibiotics” makes my stomach churn, and not in a good way. My whole life I’ve been fed them whenever I’ve had the slightest inclination of an illness. This time I wanted to take a stand and try something different.

Here’s a short aside: Just a few weeks ago I had poison Ivy and everyone I knew of course told me to “get antibiotics.” Instead of doing it though, I watched in amazement as my body healed itself. I took oatmeal baths and used cold compresses as an alternative. Sure enough, it vanished from my skin. Yes it took longer, but the results showed that it wasn’t necessary to put a foreign concoction in my body. I was glad I chose time over convenience. My skin is now stronger. I can feel it.

Okay, so back to my ear. This morning I woke up and it was still hurting so I decided to take action. I researched holistic approaches to curing ear infections and found a product called Mullein Garlic Oil. The article I read claims that it is stronger and faster acting than antibiotics. So what did I do? I went to Dean’s Natural Food Market and picked up some of this Mullein Garlic Oil (YOU SHOULD ONLY USE THIS PRODUCT IF YOUR EARDRUM IS NOT PERFORIATED). I also purchased some Probiotics. Why use something that eliminates the good strains when you can build up your own army of beneficial bacteria? Ya know, fight the fair way? Instead of depleting the power from our bodies, let’s strengthen them.

Anyway, here’s the “A ha!” ending of this epic story. My ear killed before the Mullein Oil and within seconds of dropping it in, it felt exponentially better. I’ll have to keep using it of course, but from the second the solution touched my ear, the pressure was released and the intensity of the pain subsided. (It smells kind of rank, but it’s worth it! Trust me!)

So everyone, it’s really up to you what you wanna do with your bodies. The only thing I can do is inform you of your options. I will continue to share my holistic knowledge in an attempt to spread awareness. Stay strong and stay healthy! Most importantly though, survey what you’re putting into your body, drink lots of water, sleep well, reduce stress and remain conscious of your breathing. “Don’t worry. Be happy.”